Many people think of boxing as a brutal sport, since the goal is to hit your opponent with your fists until he or she is incapacitated. As nasty as that sounds, many studies have shown that football players, gymnasts, and even in-line skaters sustain more serious injuries than boxers do. That being said, getting hit in the face (or hitting someone in the face) is no joke and anyone who is interested in boxing or has a child interested in boxing should learn all they can about the likely and possible injuries.

Given what the sport entails, most boxing injuries occur on the player’s head. But injuries to other areas are not unheard of, either. Here are some of the most common boxing injuries:

Bruising
Bruising happens when the skin remains intact but the underlying blood vessels burst. The blood pools into the affected area until the pressure equalizes and/or the blood clots and stops flowing. This can cause swelling and tenderness.

Lacerations (cuts)
When the skin is torn by a blow or a scratch, a laceration is formed. In boxing, lacerations most often occur where the bone is closer to the surface of the skin - like the eyebrow or cheekbone. Cuts to the head can bleed profusely but the loss of blood rarely threatens the consciousness or long-term health of the injured boxer.

Sprains
Sprains are when ligaments or tendons are torn. These are common especially in the ankles and knees of boxers, who are often changing directions quickly and putting stress on the ligaments and tendons in these areas. Many boxers tape their ankles to help avoid ankle sprains.

Strains
Strains are damage to muscles. Muscles can tear from overuse, from a rapid injury, or from being crushed by an opponent’s punch. Unless the muscle tear is very serious and requires surgery, there is little to be done to fix a muscle strain, other than RICE (rest, ice, compression, elevation).

Concussions
Getting hit in the head causes concussions? You don’t say! Concussions can also happen when a player falls down and hits his or her head on the floor. While every concussion is serious and requires examination by a medical professional, concussions are actually less serious on average among boxers than they are among football players. 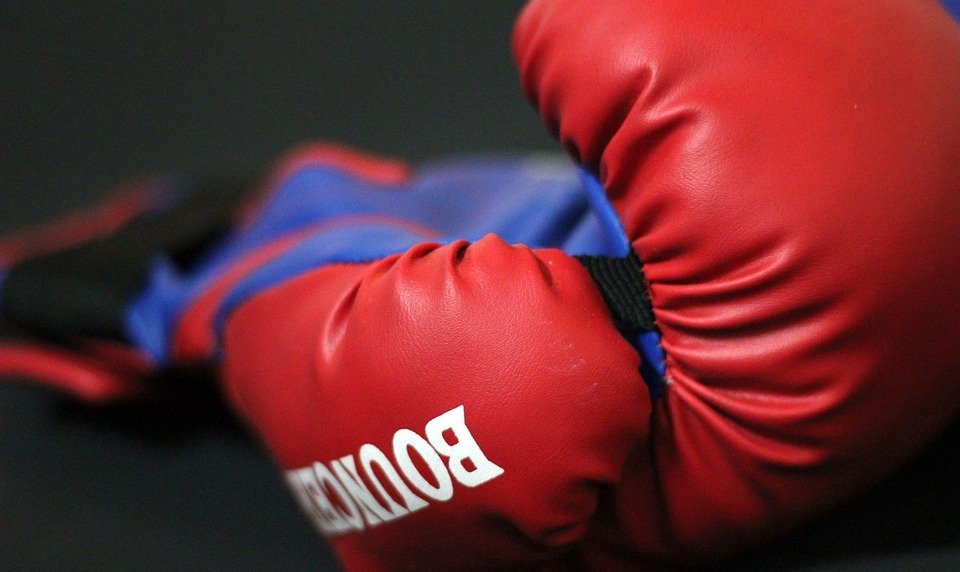 After a tough boxing match, or even a good boxing workout, your muscles are going to need recovery, even if you aren’t injured. Your chiropractor can use a variety of techniques - stim machines, massage, hot and cold therapy, chiropractic adjustments, etc. - to help your body recover and be its best again for the next time you step into the ring. Treating your body well after a match or practice is important: it makes you far less likely to injure yourself during your next workout. After all, tired muscles are injured muscles already so give them time to heal, as well as a helping hand.

Strains and sprains can also be helped by chiropractic care. Although chiropractors are known as “back doctors,” we can help with injuries in nearly every area of your body. Say for instance you have a sprained ankle after a boxing match. First of all, we have techniques available to us that will help increase blood flow to your ankle, which promotes healing. We can also instruct you on how to keep your ankle flexible and strong while it’s healing. Allowing an injured area like your ankle to stay too immobile for too long is actually one of the leading causes of re-injury because the injury made the area tighter and therefore more prone to injury again.

Furthermore, staying with our sprained ankle example, an injury in one area can affect other areas of your body. A sprained ankle might lead to favoring the other leg, walking awkwardly (or even on crutches) and putting uneven pressure on knee and hip joints, while twisting your back unnaturally. During your chiropractic treatments, your chiropractor can use gentle adjustments to make sure the rest of your body stays in top notch form while your ankle - or other injury - heals.

If you’re a boxer, we’d love to talk to you about how we can help you improve your fitness and prevent injuries and also what we can do when you do suffer injuries. Call our offices today and make an appointment.