If baseball is America’s national pastime, softball is America’s national playtime: far more people play softball than they do baseball every year because adult rec league softball teams can be found almost everywhere in the nation, as well as the strong tradition of high school and college women’s softball teams. But just like every sport, no matter what your age or ability, there are certain risks that come with play.

• Ankle sprains
Running the bases is actually the most “dangerous” part of a softball game. Whether you step on the bag, slide in the dirt, or collide with another player, your ankle often takes the brunt of the activity and this leads to frequent ankle sprains among softball players. Most ankle sprains can be treated with RICE: rest, ice, compression, elevation.

• Knee injuries
The second most common softball injury is also usually caused by running the bases, although catchers can also develop knee problems. ACL tears and problems with the meniscus are common knee injuries that arise, especially after sliding.

• Upper leg injuries
Tears in the quads and hamstrings and the associated tendons can happen, especially when the short bursts of high intensity running that softball requires are done with muscles that are properly warmed-up.

• Concussion
Even though softball isn’t labeled as a contact sport, it can still involve some dangerous contact: between players, or with a bat or a even ball. Protective headwear should always be worn by catchers and batters.

Sports injuries are most likely to happen when you are not warmed up, not in peak physical condition, or working beyond your ability. This is true in any sport. Adults who play in rec leagues may be just coming out of winter hibernation when a spring league begins. Jumping into batting, sprinting, and throwing can be a rude awakening for muscles that haven’t seen that kind of intense activity since last fall. That’s when muscles are most likely to experience and injury. When you are just getting back to playing, your muscles will need a longer, slower warm-up period before every practice and game and they still won’t be in the same condition they were by the end of the previous season.

And remember that your skills may also be risky after a few months off. That throw from 3rd to 1st or batting for the bleachers may not be a day-one-of-practice feat you can safely manage. So take it easy out there at first! 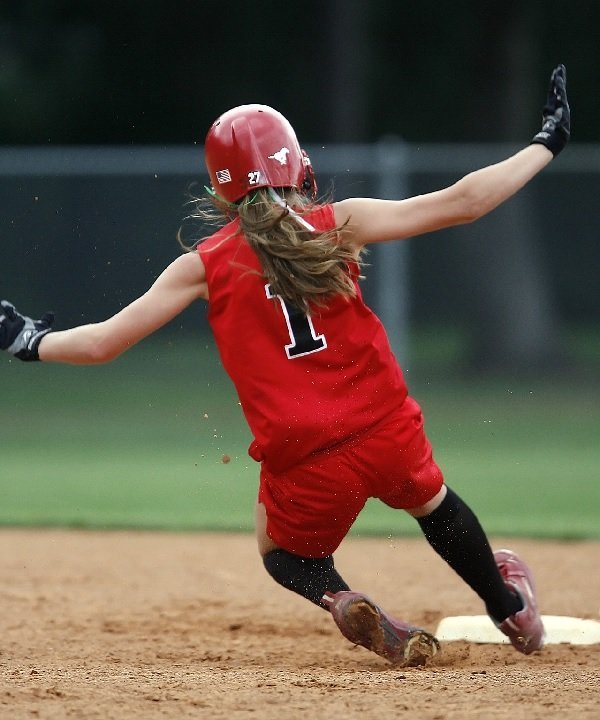 How Chiropractic Can Help You Avoid Softball Injuries

The best injury is the one you never get, right? If you have a relationship with your chiropractor when you are in good health, he or she can help you take preventative measures in order to keep your health and fitness level intact. Here are a few things your chiropractor can assist you with to help you avoid potential softball injuries:

How Chiropractic Can Help You Heal After Softball Injuries

The four most common softball injuries – ankle, knee, upper leg, and shoulder injuries – are all injuries to the muscles or tendons and ligaments in those areas. While most people correctly associate chiropractors with the spine and back, chiropractors are also specialists in making sure body alignment is correct. When alignment is correct, each of our parts is more likely to work correctly.

When we injure a muscle, tendon, or ligament, our body tends to compensate in other areas to allow the injured area to rest and heal. This can lead to improper alignment, which can ultimate cause other issues and even injuries. Your chiropractor can help make sure your whole body stays in good working order while your injury heals.

Furthermore, chiropractors can advise you on stretching and strengthening exercises that are appropriate for your healing stage. These exercises can help prevent healing muscles, tendons, and ligaments from becoming too tight or stiff. When healed areas are too tight or stiff, it can quickly lead to re-injury so keeping injured areas flexible as they heal is an important step in the complete healing process.

If you've recently experienced a softball injury, call our offices today to make an appointment with one of our chiropractors. Your doctor will help you get back on the field in no time!